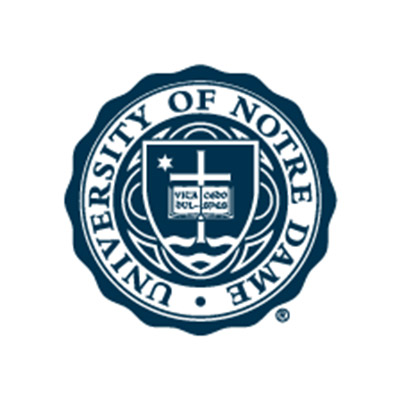 Industry partners Johnson & Johnson and Zimmer Biomet are leading producers of orthopedic solutions.
The anatomy of the knee is being reviewed for additively manufacturing biomedical parts.

This project seeks to demonstrate a substantial reduction in material costs involved in AM part production by taking a systematic approach to quantifying results of reusing specific powders in the AM process.

High material costs are a major economic reason for continued limited application of additive manufacturing (AM) for batch production. Powders are expensive; nylon 12 powders, for example, cost between $75 and $100 per kilogram, while titanium is roughly twice that amount. In a typical build, only 5-20% of the powder volume is fused into useful parts. The economic models must take into account the powder that is discarded, making the material in AM parts up to five times more expensive than the raw powder.

The objective of this program was to provide a substantial reduction in material costs for orthopedic applications involved in AM part production by decreasing the amount of discarded powder. The materials considered were titanium (Ti-6Al-4V), two types of stainless steel (316L and 17-4 PH), and nylon 12. To quantify the changes resulting from the number of reuses in selective laser sintering (SLS), a powder bed fusion process, a total of eight reuse cycles was completed for each powder. Tensile testing, printed part densities, chemical analysis, and powder characterization were performed and analyzed.

Using SLS as the testing process, an apparatus for simulating thermal cycles was produced to increase the yield of powder and reduce the burden on production equipment. Powder characterization was performed after each reuse to measure the effect of thermal cycles on the morphology, rheology, chemistry, and microstructure of the powder. Information on particle size and distribution was obtained through a laser scanning system. Powder flow data was captured through a particle flow analyzer and an angle of repose of free-flowing powder. A design of experiments (DOE) was conducted to identify the important variables on the ultimate tensile strength of dog bone samples using tension testing. A two-level experimental matrix was designed and executed for each material to identify the important parameters and the interactions between factors. A response curve was generated and inverted to use the DOE characterization as a method for improving performance or compensating for variables to produce more consistent outcomes.

Titanium (Ti-6Al-4V), stainless steel (316L and 17-4 PH), and nylon 12 powders were shown to be successfully reclaimed in the SLS process through at least eight reuses. The particle size showed subtle evolution with reuse. Large particles would be pushed past the build chamber and deposited into an overﬁll chute; smaller particles spread well and would be removed from the powder as the small particles fused. Since the overﬁll chute was combined with the build chamber powder, the mean particle size gradually became larger. This had minimal effect on ﬁnal specimen properties, since the large particles generally were excluded from the build chamber in subsequent steps.

With nylon 12, it was shown that mechanical properties decreased after the ﬁrst reuse, but stabilized through eight reuses. The loss in tensile strength was around 20%, but this can be accommodated in the design stage to gain the economic advantages of powder reuse.

All of the metals showed insensitivity to reuse with respect to strength when optimum parameters were used during the build. Thus, with 316L stainless steel and Ti-6Al-4V titanium, powder could be reused up to eight times without any noticeable loss in strength or ductility.

Due to heat treat issues, only four reuses were accomplished with 17-4 PH stainless steel. Through four reuses, no appreciable strength loss was encountered, although the ductility of the specimens in tension testing decreased from 52% (virgin material) to around 40% in the fourth reuse. This is around a 20% decrease, but a 40% reduction in area still represents a very ductile material.