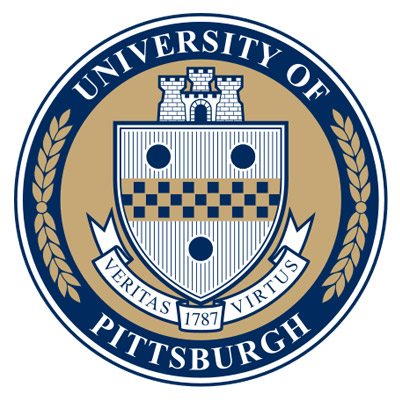 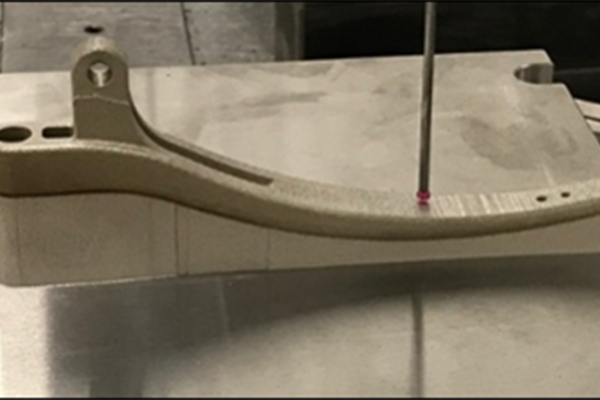 The goal of this project is to develop a modeling tool that would determine optimal part orientation and support location to minimize the likelihood of distortion during the subsequent direct metal laser sintering (DMLS) process.

With direct metal laser sintering (DMLS), surface temperature gradients and sintering-induced shrinkage can lead to unanticipated residual stress and part distortion if there is not an efficient heat transfer conduit to remove the applied heat at desired rates.

The goal of this project is to codify the design rules of experienced additive manufacturing (AM) design/manufacturing engineers and use those rules within the software to automatically generate an optimal part orientation from an .stl file for DMLS. A second objective is to design optimized supports that would minimize distortion of DMLS-printed metal parts. The main focus of the project is the application of physics-based models to predict the temperature history of a part to optimize orientation for minimal distortion.

A survey of experienced AM design/manufacturing engineers is being conducted to determine the rules used to select an optimal part orientation. These rules will then be codified to automatically generate an optimal part orientation. Within the same task, a support minimization objective function and a first-principles heat transfer model for DMLS is being assimilated to predict thermal mass and temperature gradients to achieve a predicted minimal part distortion.

A design of experiments (DOE) study is being performed to create part artifacts and to identify major factors that may affect distortion. The accuracy of the results from the expert survey will be confirmed by characterizing part artifacts from the DOE study, and comparing them to the predictions of distortion from the models. Synthesized design rules and empirical insight will be codified, thus developing a software system ATLAS, an Autodesk Inventor plug-in, that generates optimal orientations with associated support locations to minimize distortion in DMLS printed parts.

This work introduced a new type of model for distortion prediction in DMLS printing: a Thermal Circuit Network (TCN) and a Quasistatic Thermomechanical Model (QTM). The model simulates the support-removal process so that both on-substrate and off-substrate displacement and residual stress can be predicted. The TCN-QTM model was validated against experimental data of disk samples with different dimensions and build orientations, demonstrating a relative error less than 15% in terms of radius of curvature at the top surface of the disks and an agreement in trends of the residual stress. The distorted shapes of a horizontally and vertically built prism predicted by the TCN-QTM model both qualitatively and quantitatively matched the distortion measured by others cited in the literature.

In the case study of simple and complex contoured parts, TCN-QTM was further validated. The TCN-QTM models outperformed novice operators on metrics of maximum distortion, number of attempts, and energy usage. Specifically, maximum distortion was reduced from as high as 0.3 inches to 0.01 inches; the number of attempts to achieve a successful build was reduced from a high of six attempts to a single attempt; and energy usage, as measured by BTU’s per part, was reduced by 86%. The combined TCN-QTM model is faster in comparison to existing DMLS prediction algorithms, providing predictions in as little as ten minutes for simple part geometries.

As a direct result of this project, the models have been incorporated into a software plug-in entitled ATLAS, to the AutoCAD Inventor™ CAD system for ease of use.

A new company, Atlas 3D, was established and the ATLAS software has been commercialized as a cloud service hosted on Amazon Web Services, providing highly scalable computing resources with proven security.