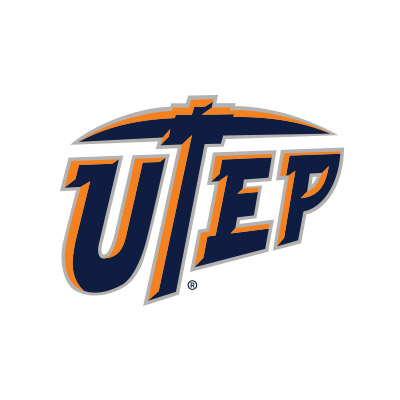 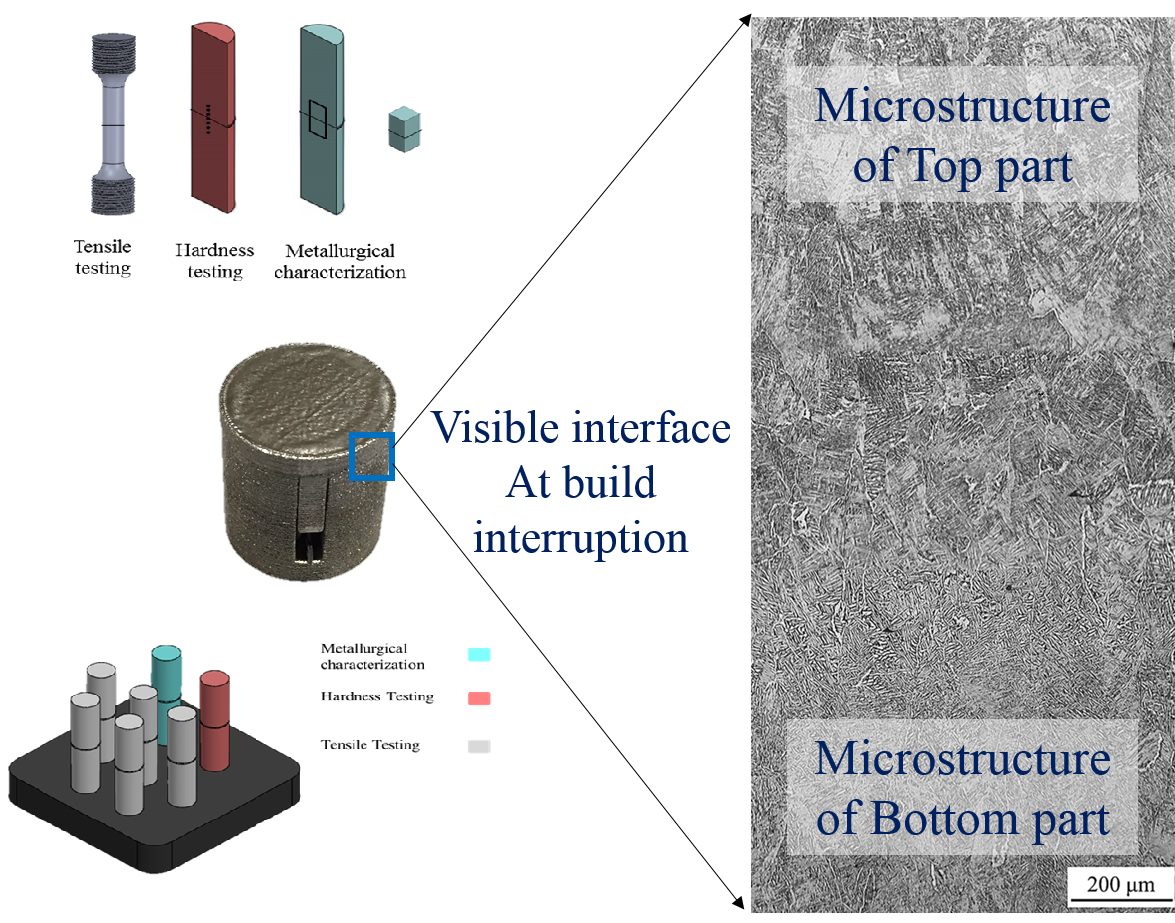 Data matrix related to tensile testing, hardness testing, and metallurgical characterization between control specimens (no interrupt) and build interrupt specimens for various build time delays in AlSi10Mg and IN625.

The full fabrication time in laser powder bed fusion (LPBF) can range from a couple of hours to several days depending on the complexity of the part. During the build cycle, both planned process interruptions (such as powder refill) and unplanned process interruptions (such as power outages) can occur and may last up to several hours. A decision must be made, typically based on project guidelines rather than data driven analysis, of whether to restart the build from that point or start it from the beginning. The restart usually results in the part exhibiting a seam line. This project addresses the lack of knowledge available in the public domain detailing the effects of build interruptions on the properties of the resulting parts.

The objective of the project was to develop a comprehensive data set of build interruptions for two commonly used alloys (AlSi10Mg and IN625) processed with LPBF. The compiled data sets can be used by government and industry to decide whether it is best to resume the fabrication process or to start the build from the beginning. Considerations included the microstructure and material properties of the component as well as fabrication cost and time.

The project aimed to characterize build interruption effects and develop recovery procedures for two materials (AlSi10Mg and IN625) that have a wide base of industrial applications. Two commercially available LBPF systems (SLM 125 HL and AconityONE) were used to produce samples for testing.

Phase I approach characterized the effects to the microstructure and mechanical properties from build interruptions on both the SLM 125 HL and AconityONE systems using AlSi10Mg material. At the end of Phase I, a comparison of the results on the different systems for this material was completed.

Phase II approach provided similar characterization and monitoring methodology for IN625 processed on the SLM 125 HL system. Upon completion of this phase, the comparison of build interruptions using both materials (AlSi10Mg and IN625) on the SLM 125 HL was completed.

Phase I of testing AlSi10Mg parts from both SLM 125 HL and AconityONE systems included capturing values of temperatures for parts undergoing an interruption, monitoring of oxygen levels, and pressure of the shielding argon gas before, during, and after an interruption. The SLM showed trends of decreasing specimen temperature with continued interruption and slight drops in the argon pressure. The tensile testing, micro-hardness testing, and microstructural analysis concluded that no significant effect is introduced into the mechanical properties of the fabricated components following an interruption in either the SLM or AconityONE systems. The results of the microstructure (i.e. alpha aluminum and eutectic) show scattered values with no potential effect from build interruptions, and a 10% increase in micro-hardness after the lengthy 11 hour power outage interruption on both systems.

Phase II detailed the build interruption results obtained for Inconel 625 produced by the SLM 125 HL by monitoring the same variables as Phase 1. The temperature curves for this phase showed that the temperature rate of increase after the interruption was much steeper when compared with the curves obtained for the AlSi10Mg which can be important for the evolution of microstructural features for the alloy after solidification and during the interruption conditions. The results of mechanical properties indicated that the ultimate tensile strength (UTS) for Inconel 625 decreased as a function of the interruption elapsed time. The results for all conditions, whether control or interrupted builds, proved that minimum requirement for UTS (485 MPa) and elongation (30%) as established by ASTM F3056 were met. This is an indication that the processing using the SLM 125 HL machine leads to high ductility Inconel 625 components.